Discord Mic, not Working? Discord is an Instant Messaging and VoIP chat application ( Voice Over Internet Protocol ) mostly used by the Pro gamers and also a little bit by the non-gamers community.

Which was invented and released back in May of 2015, for iOS, Android as well as Linux by its founders & current CEO Jason Citron.

That is used gradually by gamers, streamers, and hardcore gadget lovers who love to do live chat.

This App is utilized by over 250 million different users in the entire tech world. So let’s discuss in brief the problem of Discord Mic not Working or Why I Can’t Hear AnyoneAnyone on Discord.

What is The Issue

Many of the discord users have raised complaints on social media and discord forums that Discord Mic not Working or they can’t hear our chat buddy voice properly.

Lots of possibilities that it could happen just because the microphone is not configured or placed perfectly with the system or they’re using the defective audio subsystem.

So If you are unable to communicate with your discord partners because you can’t hear them properly in the discord app or web, then this article helps you and save your time.

To fix the many concerns regarding the Discord audio problem, we have some separate solutions, and you should take a look at our Comprehensive Troubleshooting Discord Methods.

Start Using Discord with New Bots of 2021-22 which Rules in entire world Latest Top 10 Best Discord Bot to Use in 2021 Groove Music, Rythm, MEE6, Dyno & Many New Once.

However, the Discord app does not begin with these problems. When games ( High Quality ) and associated gaming applications are executed in the wrong way or in a different ecosystem, then only the issue might come and affect the entire platform.

Yet, there are certain statements from users that they are still facing troubles with Discord’s voice chat function Hope Discord FIX it if the problem is from their side.

In some cases, Discord members realize that they can’t listen to anybody on their discord server although our earphones and Mic were working quite perfectly on our various applications.

When we search for The reason behind this problem, so we found usually the wrong voice settings or your audio device like earphones or Mic not allowed as the default device.

In some conditions, the problem might be generated by a Discord new update, or a bug in the Discord application with voice assistance generally happens because of different Operating systems.

Most of these difficulties can be conquered within a few seconds or minutes, so you don’t have to panic.

Also, check it out How to Complete 8hrs of Sleep in 4hrs – Some Funny and Logical Answers.

Discord Mic not Working or Why I Can’t Hear AnyoneAnyone on Discord.

Though, unusual Discord members host team confronts while some use it to interact with their loved ones.

Also, follow the short procedures mentioned below and keep waiting for some time until the doubt is not fixed it will definitely solve your issue.

So walk through with below describe techniques one by one. So that you can successfully fix the audio problems of I can’t hear AnyoneAnyone on Discord. Let’s get explore it.

This is the main cause of the effects that Discord Mic not Working or Why I Can’t Hear AnyoneAnyone on discord voice chat because the discord app does not configure the conventional audio tool from your PC.

Another different reason regarding this type of obstacle on the Discord app is they using the incorrect audio device for playback sound and data sharing on your PC.

To fix Discord Mic not Working, see the steps below:

After when you confirm the proper audio device, just try to connect the voice server with a friend on Discord, and get if you start listening to the other side of users on the voice chat.

Turn on Use Legacy Audio Subsystem

Another best method to fix this kind of related problem with Discord audio is by implementing the legacy audio subsystem by making the decision to keep it ON in the Discord App.

It is somehow possible that Your old audio device is not compatible with Discord’s newer voice system.

To turn on the legacy audio subsystem and avoid the Discord Mic not Working problem, just review the steps below and apply for further changes.

You can also watch this video for better results.

It might solve your all the issue but still, if you are having problems in hearing or with Discord Mic not Working and can’t listen to AnyoneAnyone on Discord continue with the next method subsequently.

One more interesting article about How Does Discord Make Money and How to Make Money in Discord.

Refresh or update the Discord App

Updating the current version is an all-in-one solution. Discord release many updates every year to fix the BUGS, so download and refresh the original App.

It’s is feasible that the Discord App attacked a short bug or glitch which creates this type of problem & not work accurately.

To refresh or update the Discord app, follow the small actions from the below procedure. 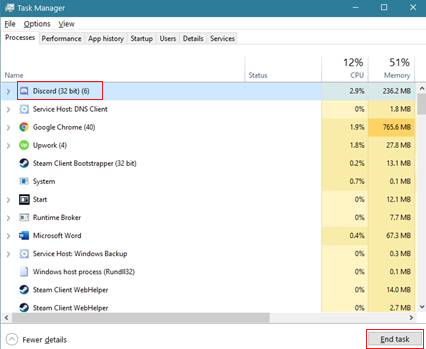 As for all the processes you did, open the Discord app from your system and attempt to meet with one of your voice servers from the list to see. If you would be still capable of hearing AnyoneAnyone from the voice chat or not.

Alternatively, the option is that you can also refresh or update the newer version of the Discord app by just holding CTRL + R on your console.

Assign Role in Discord by this easy way How to add Roles in Discord also Assign, Manage, Remove, Or Delete Roles.

The last and the best way is You can shift the server’s region to a different location that is far nearer to your place to overcome the latency for fast performance and high network bandwidth which must be a necessary thing to connect the voice chat server.

Now, try to reply to your voice server buddies and test if you can hear everyone perfectly or not through voice chat or with any other options.

FAQs about Discord Mic not Working

Q: How do I enable the microphone on Discord?

From this menu, you can change the settings for your microphone or headset.

Q: Why can no one hear me on Discord?

Answer: One of the most common reasons behind Discord comes down in the MIC department is hardware compatibility.

Q: Why can’t I unmute myself on Discord?

Answer: To unmute yourself, click the microphone icon near your profile pic. Clicking the microphone will mute/unmute your Mic depending on what it is now. And no one can hear you during discord voice calls.